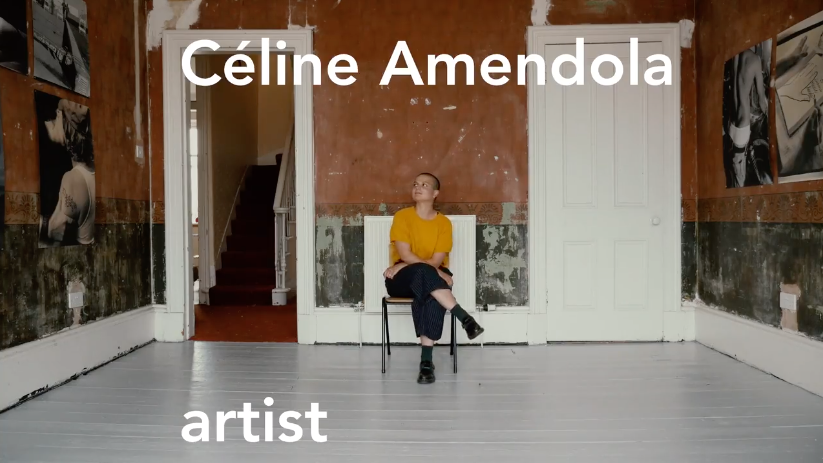 EXECAL, Association - Expires 31.03.2020
Artist Céline Amendola explains in our latest Creative Heads video what brought her to Glasgow and why she loves the city. She is one of the founders of Gallery Celine, an artist-run exhibition space in Glasgow for emerging local and international artists. 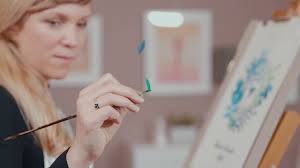 EXECAL, Association - Expires 31.01.2020
Zouari’s photographs of strange, sinuous forms took him deep into his psyche. They should do the same for us

Curiosa comprises a series of images depicting colourful, amorphous forms — a cabinet of curiosities conceived of by Andrey Zouari. “I wanted to connect myself to my inner child, free myself from adult knowledge and abandon myself to a spontaneous and raw creative impulse,” says the artist, who worked on the project during a residency in Paris at Le Consulat.

The objects reflect Zouari’s impulses but they should also provoke a primal reaction in us. “The wunderkammer reveals the archetypes buried in the unconscious depths, the premises of the creation of sexual identity,” he says. “Curiosa is an invitation to repair oneself, to free oneself from the gendered roles in which education and life have locked us up.”

This year, one of Zouari’s images was selected for the Baron Prize for Art, and below, the artist discusses his practice and the experience of making Curiosa. 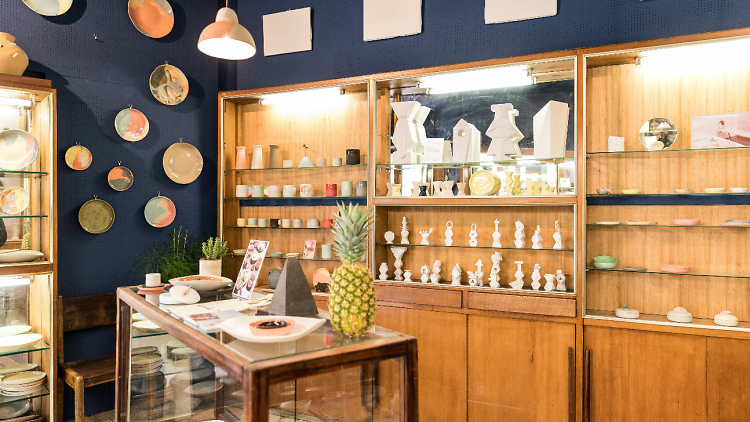 Constant requests to visit her studio were multiplied in the email box and Instagram of the French ceramist. "I always thought that having the workshop working as a shop wouldn't work, because then people come in and end up interrupting production and it wouldn't be good for anyone", she explains. "I also had some pieces at ISTO and Out to Lunch, but there was this desire of people to buy and see the pieces, without being by showroom contact."

And at number 3 on Calçada da Estrela, that's where Cécile found the house to house her pieces. Before, there used to be an old-style watch shop there - where the ceramist had even changed batteries of her watch. "I like having a shop with a history, with a remarkable past, and the best thing is that I didn't have to make any big changes", she says.

She painted the interior walls blue-night, adjusted the lighting and let the watch cabinets serve as a showcase for her pieces, from where the soft colours and texture that Cécile gives to the pieces when she mixes sand on the beach with the clay. On the walls she exhibits some of the drawings she did before dedicating herself to ceramics and one of the cabinets displays her first ever pieces - a kind of "career chronology".

Large plates, smaller ones, cups, coffee cups, glasses, boxes or teapots decorate the shelves - all done carefully by hand, making each piece unique. "The time I dedicate to each thing is what makes my pieces worthwhile. No two are the same, and one week there can be one colour and the next not because I don't produce in bulk", she says.

Cécile likes to see the clientele come in and understand what use they will give to this or that piece, because the meaning, she says, "is not static". "If I make a box with a lid on it, some people want to make it into a jewelry box, others use it as an appetizer dish or even as an ashtray. I'm always discovering new uses," she says. The ceramist continues to do everything in her studio and, as before, larger orders are placed by email.

But ceramics are not alone in this space and this is immediately announced by the exterior sign that reads "Tarot". In an interior room, also with an interactive window for the street, is 3str3la3, a space for those who believe in the power of the stars and astrology, with aura and tarot readings (markings: 3str3la3@gmail.com). One of the walls is made of stone, there is a sculpture of a ceramic cat and a table covered with a dark velvet towel - all in medium light - to make it an almost immersive experience.

Every full moon there is a joint event, which leaves the store open until later for tarot visits, and the extension of the timetable for small pop up events of other artists is taken advantage of. 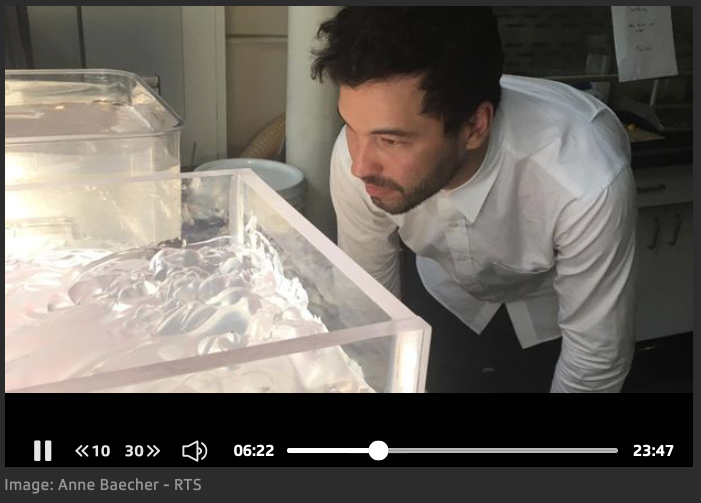 Direction the MIT (Massachusetts Institute of Technology), where we met Christophe Guberan. This former student of the ECAL (Ecole cantonale d'art de Lausanne), a graduate in industrial design, now works at the MIT Self-Assembly Lab and also teaches product design.

Laure Gremion is a product designer born in Neuchâtel, Switzerland. After her studies at ECAL and Design Academy Eindhoven, she gained professional experience by working for Atelier Oï, designer Hector Serrano in Valencia and Unisto AG in St. Gallen. She currently works between Lausanne and Neuchâtel.

Driven by challenges and discoveries, Laure Gremion likes to stretch her limits by tackling complex and manifold subjects. Collaborations with professionals from technical backgrounds allow her to spice up her creations. Her projects led her to a 4-month residency at Swatch Art Peace Hotel in Shanghai in 2016. In addition, her work has been exhibited at various international events including the Salone del Mobile in Milan, Blickfang Selected and the World Economic Forum. In 2018, she won the Formforum Masterpiece prize for her chandelier «Céleste».

In China, she is eager to explore calligraphy paper in combination with her recent paper cutting project «Cactus», developing products such as curtains, window shades or lighting projects.

Alix Szijartois, born in 1994, is a Swiss designer currently working between London (UK) and Vevey (CH). After a bachelor degree with honour in Industrial & Product Design at ECAL/Ecole Cantonale d‘Art de Lausanne in 2017, she has worked with Doshi Levien and Barber & Osgerby on various light, furniture, textile and scenography projects while continuing to develop her personal projects. She aims at creating innovative objects using the best of man’s hand and machine abilities, challenging the constraints of materials and production processes. Curious and mindful of people’s daily life, she enjoys working on a wide range of projects exploring interactions between behaviour, form and function.

During her residency, she would like to continue to probe the limits between industry and craft, shape and function through studying traditional dyeing techniques and ceramic extrusion. The result of this residency will be a collection of everyday objects, celebrating the plurality of traditional fine craftmanship and innovative contemporary design.


RONG DESIGN LIBRARY RESIDENCY PROGRAM
This Residency Program is co-initiated by Rong Design Library and Pro Helvetia Shanghai, Swiss Arts Council. Rong Design Library is the first traditional material library in China. For the past five years, the library has invited 30 designers from more than 10 countries to avail the residency in a village near Hangzhou, China. The cooperation with Pro Helvetia Shanghai is a special project that falls under the umbrella of this residency program. The objective is to create a critical learning environment to stimulate the discovery and rethinking between traditional crafts and contemporary design. It offers residents opportunities to exchange, experience, devote time to their design practice within a dynamic and vibrant environment by cooperating with local artisans.

Pro Helvetia Shanghai will support these four selected Swiss designers to become Rong Design Library’s resident for the period 2019-2020. The candidates will be able to research and study Chinese traditional handicrafts and materials (bamboo, silk, mud, copper, paper, etc.), and combine the learnt techniques with contemporary design. The designers will benefit from visits to crafts workshops, networking opportunities, database resources from the design library, one local assistant, and advisory support from the co-founders of the library. 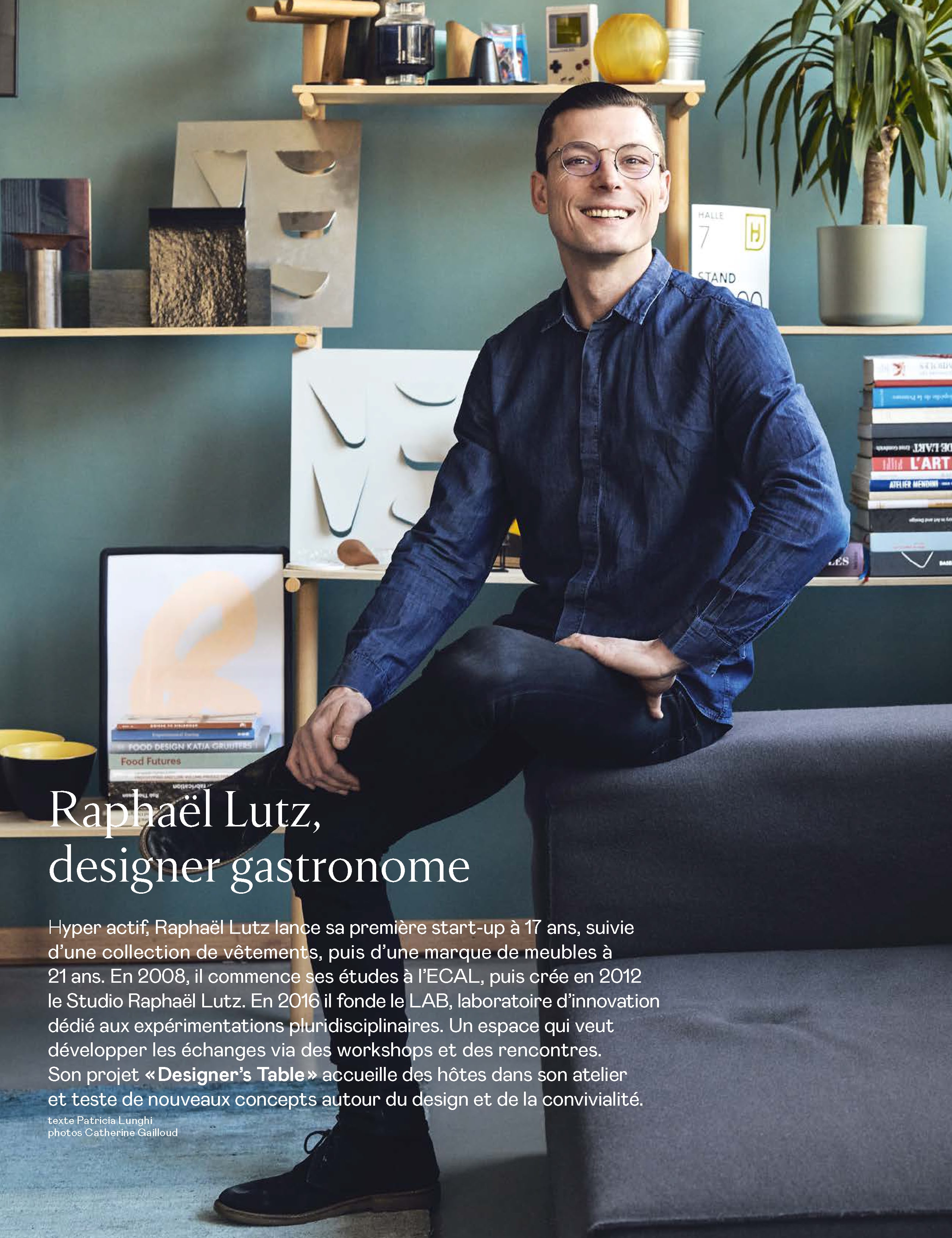 ---
Hyperactive, Raphaël Lutz launched his first start-up at 17, followed by a clothing collection and then a furniture brand at 21. In 2008, he began his studies at ECAL, then created the Raphaël Lutz Studio in 2012. In 2016 he founded the LAB, an innovation laboratory dedicated to multidisciplinary experiments. A space that wants to develop exchanges through workshops and meetings. His project "Designer's Table" welcomes guests to his workshop and tests new concepts around design and conviviality.

*****
You can follow and find press articles about alumni from the ECAL archives since 2013.